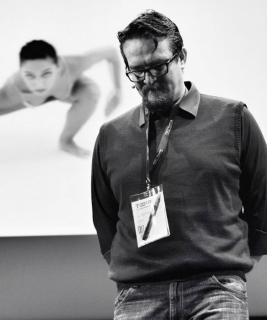 Andrea Vitaletti earned a Ph.D. in Computer Engineering from SAPIENZA University of Rome in 2002. During his Ph.D. and in the following years he visited some renowned international research centers such as ETHZ (CH) and AT&T Research Labs (USA). He is currently Associate professor  in networking and algorithmic topics  at (DIAG) Dipartimento di Ingegneria informatica automatica e gestionale Antonio Ruberti University of Rome "La Sapienza". He has (co-)authored more than 60 papers in journals and international conferences (h-index 26 in Google Scholar), mainly in the area of algorithms and protocols for wireless and sensor networks and IoT. His current research interests concern the design and the analysis of efficient IoT solutions as well as blockchain technologies. He has been reviewer for several international conferences and journals and PC  member of some international conferences. He has been involved in several EU projects as researcher and PI, and he coordinated the FET OPEN project Pleased.  He has been member of the Steering Board of ARTEMISIA from 2010 to 2013. He has carried out applied industrial research on wireless and pervasive systems at NTT DATA labs (formely known as ETNOTEAM ltd)   for 9 years. In 2002 e founded the SME WLAB where he was the CTO up to 2016. In 2012 he founded WSENSE a spin-off of the Univerity of Rome "La Sapienza" where he was the CTO up to 2019. The effectiveness of his applied research activity is witnessed by 2 patents and 4 patent applications and by some awards: Winner of media and communication category at Wonderland Contest 2000, Innovation Prize at Simagine 2002, Bronze Award at Simagine 2004 and Third place award in the Start Cup Roma 2006/2007 and winner of Italiacamp 2012. He leads e research group of 2 Ph.D students, 1 post Doc  and 5 master students in the Wireless Sensor Networks lab at DIS. Since 2002 he teaches on network topics at SAPIENZA University of Rome and he has supervised more than 80 master thesis.