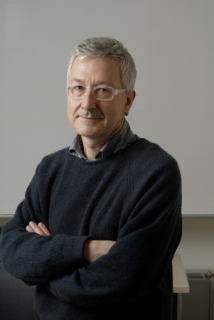 Alberto Marchetti-Spaccamela  was born in 1954 and graduated in Electronic Engineering at University of Rome "La Sapienza"  in 1977.

Since 2021 he is Vice Rector (Prorettore) for  "Digital Technologies" at University of Rome "La Sapienza".

In 2013 - 2018  he was  Director of the Department of "Computer, Control and Management  Engineering Antonio Ruberti".  In 2017 the Department has been selected among the 180 University Departments of excellence in Italy. The Department is actively involved in European projects: in 2013-2018 the Department participated  in more than twenty funded projects for a total funding of more than 9 M€.

In 2015-2019 he was Director of the Master in "Sicurezza delle informazioni e Informazione strategica".

In 2017-2021 he was Director of the  Research Center of "Cyber Intelligence and Information Security (CIS)".

His main research interests concern algorithm analysis and design, and their applications to computational biology, networks,  real time systems and cybersecurity.
He has co-authored more than 160 publications in journals and conferences papers and book chapters; according to Google Scholar his publications have received  more than 8300 citations and his H-index is 44. He has co-authored the book “Complexity and approximation: Combinatorial optimization problems and their approximability properties” (Springer Verlag, three editions) that received more than 2300 citations; he has edited eight proceedings of international peer reviewed conferences and has written five textbooks  in Italian. He has been member of the EATCS Council  (European Association of Theoretical Computer Science) and  of ESA Steering committee (European Symposium on Algorithms) and of WG (Graph Theoretic concepts in Computer science).

Recently he co-authored the  Italian National Framework for Cybersecurity and Data Protection,  with the support of the  Authority for the Protection of Personal Data (Garante per la Privacy) and the Information Security Department of the Presidency of the Council of Ministers.

He has participated in many European projects and he has been PI at Sapienza  of the following European projects:  MAP (network of excellence HCM) AMORE (RTN), APPOL, GRAAL (COST project, national delegate), COSIN, AEOLUS, PANORAMA, FRONTS, EUSACOU - ISMES.  He is member of  ERABLE, an  international research team of INRIA on Bioinformatics.

He has co-founded  two Sapienza spin-off companies  (WLAB, WSENSE); in 2019 he sold his participations; since then he has no role in the companies.