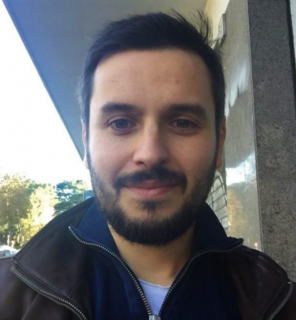 Andrea Marrella is associate professor (scientific disciplinary sector ING-INF/05) at Sapienza Università di Roma, Italy, Dipartimento di Ingegneria Informatica, Automatica e Gestionale Antonio Ruberti (DIAG - Department of Computer, Control and Management Sciences and Engineering), since 2013. He got a PhD in Engineering in Computer Science (Dottorato di Ricerca in Ingegneria Informatica) from Sapienza Università di Roma in October 2013. He previously studied Engineering in Computer Science (Ingegneria Informatica) at Sapienza Università di Roma, where he obtained a Bachelor Degree in 2005 with the mark of 107/110, and a Master Degree in 2009 with the mark of 110/110. From 2011, he is qualified to practice as Computer Science Engineer (abilitato all'esercizio della professione di Ingegnere).

Since 2010, within DIAG, Andrea Marrella supervised and co-supervised:

Moreover, he co-supervised 2 M.sc theses in Computer Science for Software Engineering at the University of Tartu (Estonia) on the topics of process discovery and adaptation. Notably, many of his M.sc. students completed their degree with the highest honours and some of them published the results of their thesis in international peer-reviewed scientific workshops and conferences.

PARTICIPATION IN NATIONAL AND INTERNATIONAL PROJECTS

Andrea Marrella is the principal investigator of the research project (progetto di Avvio alla Ricerca) DAKIP (“Data-aware Adaptation of Knowledge-intensive Processes in Cyber-Physical Domains through Action-based Languages”), which has been funded by Sapienza Università di Roma in 2016. Moreover, he is/has been actively involved in several research projects, including WORKPAD (FP6 European Project) and the Italian projects MAIS, TESTMED, SUPER, FIGO, NEPTIS (as OR Leader), IT-SHIRTS (as WP Leader) and ACI-I.

Since 2010, Andrea Marrella has developed a research program aimed at investigating how to integrate the solid theoretical foundations provided by Artificial Intelligent techniques with the practical needs required by Business Process Management solutions. Thanks to the recognized results of his research, in 2017 he was invited to give the keynote talk at the 1st International Workshop on BP Innovation with AI (BPAI’17) organized within the BPM’17 conference, where he presented (as a single author) his research on “What Automated Planning can do for BPM”.