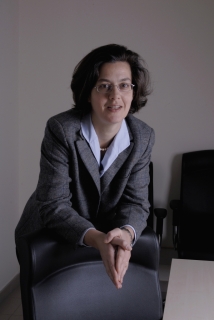 Between April 1999 and June 2000 she has held a post-doc position at the Laboratoire des Signaux et Systèmes - CNRS -Supelec - Gif Sur Yvette. Since 2000 she is Assistant Professor at the University of Rome La Sapienza - Faculty of Engineering. In 1999 she was awarded an eleven month CNR-NATO grant and a CNR grant. She has been a visiting research at LSS, Gyf sur Yvette, France and at IRCCyN, Ecole Centrale de Nantes, France.

Her research interests are in the area of nonlinear discrete-time and continuous-time systems. Specifically

From 2001 to 2013 she has been the didactic coordinator of the Master post-laurea in Emergency Engineering.